On April 19, 2012 the regular meeting of the Board of the Eurasian Economic Commission was held

About amendments to the consolidated list of products subject to mandatory certification and the single list of products, whose conformity assessment is carried out in the form of the declaration of conformity

By the Decree № 213 issued on March 21, 2012 the Russian Government approved the changes in the list of products subject to compulsory certification, approved by Government Decree № 982 issued on December 1, 2009.

In Moscow, a meeting of the EurAsEC Interstate Council, which was attended by the presidents of Russia, Belarus, Kazakhstan, Kyrgyzstan and Tajikistan took place

Meeting of the EurAsEC Interstate Council was the first meeting of this format, after a new integrated association - the Unique Economic Space of Russia, Belarus and Kazakhstan was launched on January 1, 2012.

On February 15, 2012 the first technical regulations of the Customs Union "The safety of fireworks" shall come into force.

On December 9, 2011 the 33rd session of the Customs Union Commission was held

On December 9, 2011 the 33rd session of the Customs Union Commission was held, where members were briefed on the implementation of the Action Plan for the creation of Unique Economic Space of Belarus, Kazakhstan and the Russian Federation and adopted a series of legal documents.

The first products with quality label of the Customs Union will appear in Russia next year.

The Minister of Industry and Trade Viktor Khristenko told about it yesterday at the international conference on Technical Regulation in the Unique Economic Space. 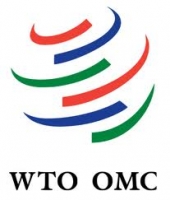 Russia’s accession to the WTO cleared a major hurdle when the WTO Working Party on its accession approved, ad referendum on 10 November 2011, the package spelling out Russia’s terms of entry to the organization. The Working Party will now send its accession recommendation to the 15 —17 December Ministerial Conference, where Ministers are expected to approve the documents and accept Russia as a WTO Member.