CU TR on safety of toys: some amendments are to be introduced 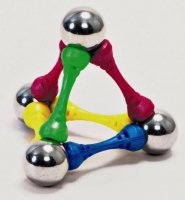 On July 3, 2015 the Eurasian Economic Commission (hereinafter – EEC) launched a public discussion of the amendments’ draft to the Technical Regulation of the Customs Union 008/2011 “On safety of toys” (CU TR 008/2011). These are the initial amendments to be introduced into the technical regulation.

The objective of the project is to define safety requirements for magnetic toys, because the current version of the regulation does not contain them. Thus, a definition of a magnetic toy is going to be introduced. It is a toy which has one or several fixed or floating magnetic parts. At the same time, the floating parts have to be designed in a way that they could not be swallowed. One clause will be entirely dedicated to the requirements for magnetic features. Moreover, the package for magnetic toys (with detachable parts) has to contain a warning about possible negative effects in case of swallowing. The minimum age for using such toys is 8 years.
Package requirements are also going to be precised. In the current version of the regulation, compulsory packaging for toys is mentioned as “individual package”. In the new version, it is going to be replaced by “consumer (initial) package”. The term “initial package” means that this kind of package has direct contact with the toy.
The public discussion of the amendments’ draft No. 1 to the CU TR 008/2011 is going to continue until September 10, 2015. The regulation itself came into force on July 1, 2012. Along with the regulation there are two lists of GOSTs which control the supervision and fulfillment of its norms.
The EEC published the Decision No. 11 dated January 31, 2013 where it enumerates toys for which it is necessary to obtain a certificate of conformity in addition to the customs declaration.