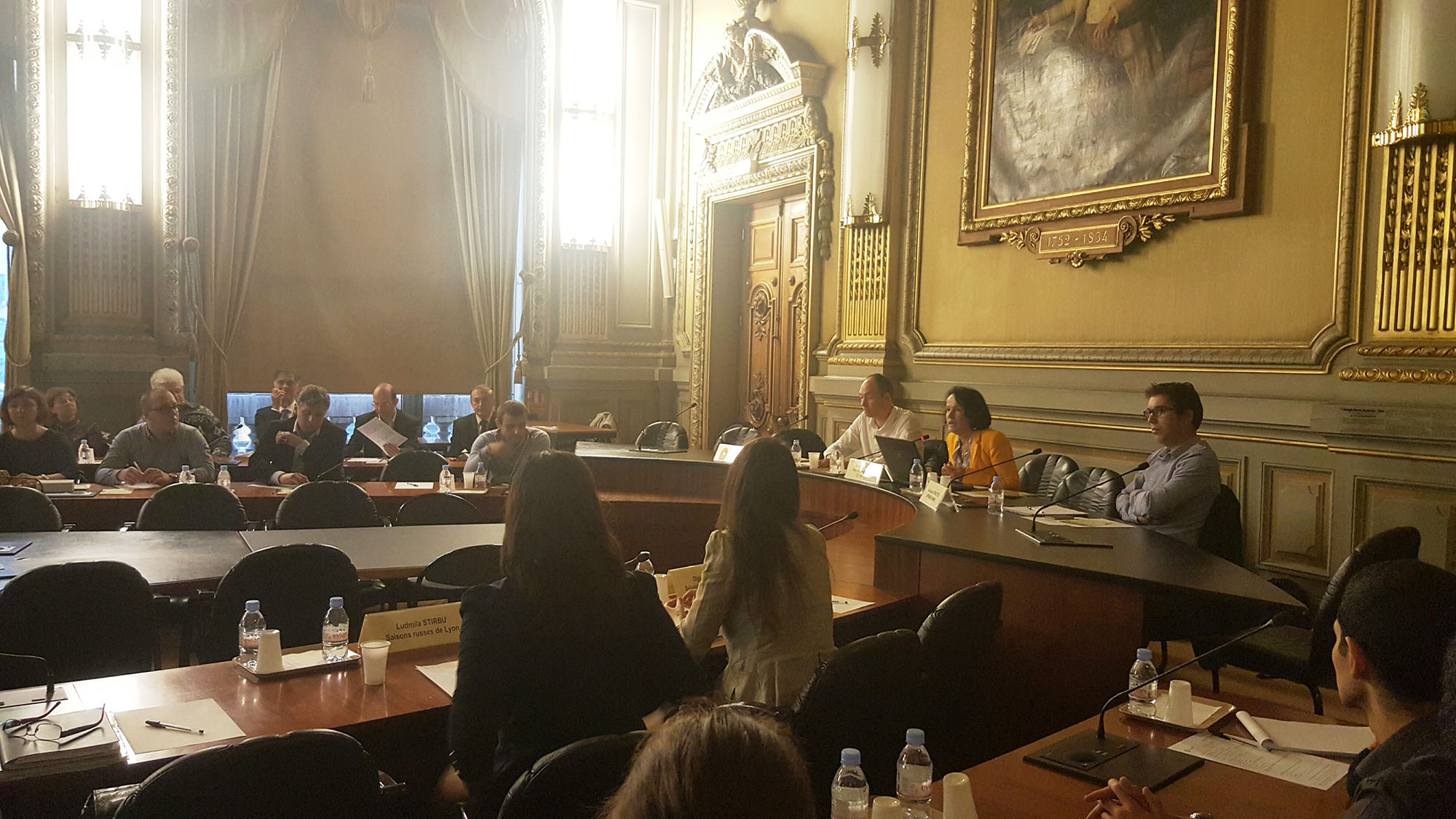 The meeting "The key points of the Russian market" took place on October 6th, 2015 in the Chamber of International Commerce of Lyon (hereinafter – CCI of Lyon). This business meeting organized by Emmanuelle Vigne, Council in International Development Russia-CIS of the CCI of Lyon, allowed her to present Russia within its current animated context and have companies of Lyon, active participants of the market, have a word.

In particular, the turnover between France and Russia in 2014 were mentioned. The figures are as follows:
Source: SER of Moscow
The turnover statistics between Rhône-Alpes region and Russia in 2014 are given below:
Export: 647 Mns Euros
Import: 547 Mns Euros
Rhône-Alpes-Russia statistics: 700 exporting companies and 60 implanted companies
In spite of the Ukrainian crisis and the imposed penalties the companies of the Lyon region remain very active and continue their business in the Russia-CIS region.
During the meeting some advice was given regarding how to enter the Russia-CIS market and the key points were set about how to build loyal relationships with one’s distributor/importer.
However, before making the decision to export to the Russia-CIS region, it is strongly recommended to check export restraints of France on the website: http://www.tresor.economie.gouv.fr/8983_ukraine
It would also be useful to know the dates of national holidays in order to plan one’s business trip to Russia. Besides, why not use the opportunity to congratulate your business partners on holiday of February 23rd or March 8th:
Olga Michau, Russia and the CIS Manager of CCIS-EXPERTISE: "I like participating in the meetings organized by CCI of Lyon. These meetings allow to better understand the evolving markets, identify new partners, meet new customers and assert our presence on these markets».